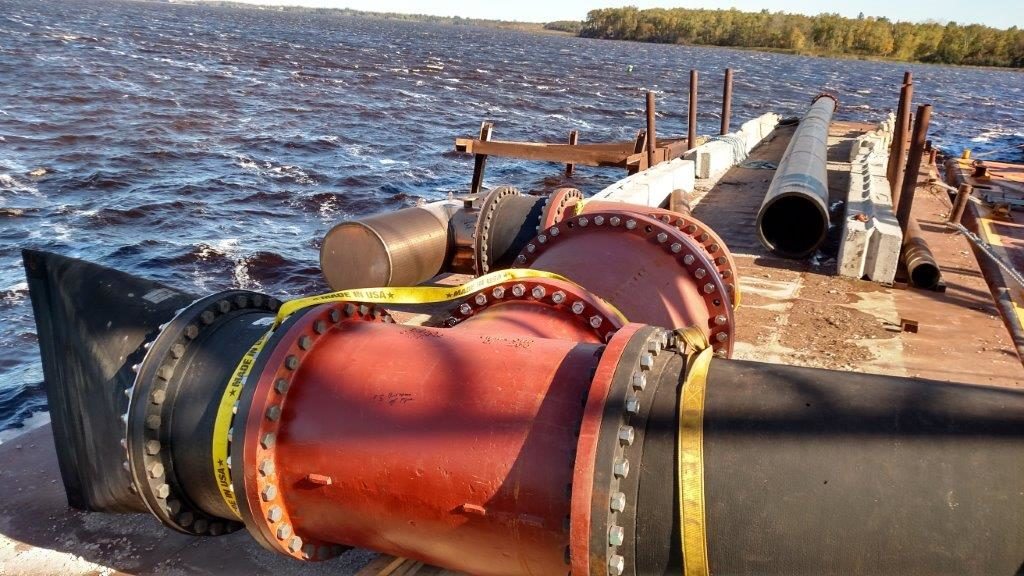 The Spirit Mountain Recreation Area in Duluth, Minnesota, provides 175 acres for skiing and snowboarding, with 22 runs, a terrain park and freestyle features. The recreation area was created in 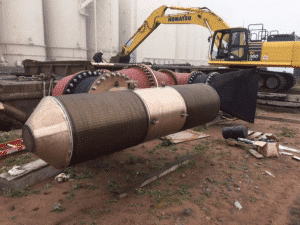 1974 and is an authority of the city, governed by a board of directors that is appointed by the mayor of Duluth. To make sure there’s enough snow during the winter months for guests to enjoy, Spirit mountain has its own snow-making operation. That system requires about 65 million gallons of water each year. Previously, the city had used its drinking water system to make snow, but that was determined to be too expensive, limited in delivery rate and an overall inefficient use of resources.

In looking for a sustainable water supply for making snow, the city decided to pump water to the recreation area from the St. Louis River. As planning for the pipeline and pumping system began, natural resource managers suggested using the same pipeline to help reduce erosion on a trout stream at the base of the ski area. During spring to late fall, the pipeline would be used to divert a portion of excess storm water generated from the cleared hillside and other development to the St. Louis River. Then in November and December, the pipeline would be used to pump water from the river to Spirit Mountain to make snow.

Planning a reversing pipeline presented several design challenges, said Jeff Ledin, Senior Professional Engineer at Short Elliott Hendrickson, Inc. (SEH), the project’s engineer. Water used for making snow is pumped at up to 6,000 gpm. Storm water then flows out of the pipeline at up to 20 cfs. To allow water to flow in both directions, a system using elastomeric check valves was designed. “This pair of valves was a critical component of the project,” Ledin said. “At the end of the pipeline we have to get water to go through a T-fitting in two different directions. In one scenario, water is going out; in another scenario, water is coming in.” 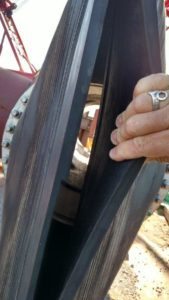 The elastomeric design of the ProFlex™ 710 sealing lips area

At the end of the 36-ft pipeline, the planning team decided to use a Proco ProFlex™ Style 710 duckbill check valve and a Proco ProFlex™ Style 780 wafer style in-line rubber check valve. The valves work automatically, with water flowing out through the Style 710 duckbill check valve and in through the Style 780 check valve. This system was placed in 20 ft of water about 800 ft from the riverbank, making it only accessible to divers and marine construction crews. Using a product that was reliable and required no maintenance was crucial, Ledin said. “It needs to be equipment that’s out of sight and out of mind,” Ledin said. “It takes special effort to get divers to inspect it in the murky water. You have to go through a lot of effort and expense to do inspection or maintenance work.” Few products met the project’s specifications, Ledin said. “In this case, Proco was one of the small number of companies that knew how to make this product correctly,” he said. 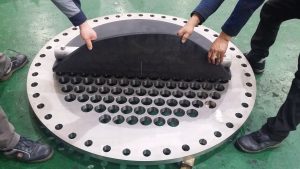 The pipeline and pumping project was completed and launched in November 2015. Ledin said he was pleased with the performance of both products. The ProFlex™ Style 710 duckbill check valve “is a great choice, as it is reliably drip tight when needed to prevent back flow,” Ledin said.

For uphill pumping, the ProFlex™ 780 allows for little headloss when water is drawn in. During uphill pumping, Ledin said the water level in the shorewell drops just 1 ft. Less than half of that loss is attributed to the check valve, with the remainder to the inlet screen, fittings and pipeline. “We were very pleased when we were pulling water in for snow-making to see how little was lost through the wafer valve,” Ledin said. “Everything has been performing very well.”