There are some areas where the water does not meet certain quality standards and it must be treated prior to entering a combined cycle power generating facility. In order to de-ionize the water, it must first be sent to a water demineralization building for purification. These “demist” buildings will contain several expansion joints in the tertiary pumping systems as well as pumping systems that may be working in tandem with the cooling tower.

Not every combined cycle systems is the same. Some use a lot of water in their processes; some use a cooling tower as part of their system (which is where you will find the majority of the expansion joints). Some are what are known as “cross-flow”, where a combination of air and water is used (example: a combined cycle power plant that has an air cool condenser, but still also uses water in their process). Other plants may be completely air-cooled, so instead of a cooling tower with water, they rely on big cooling fans – this happens in areas where a power plant is needed, but where less water is available, so they have to implement the air-cooled design.

If you have any questions about expansion joints for combined cycle plants, feel free to email robc@procoproducts.com to learn more. 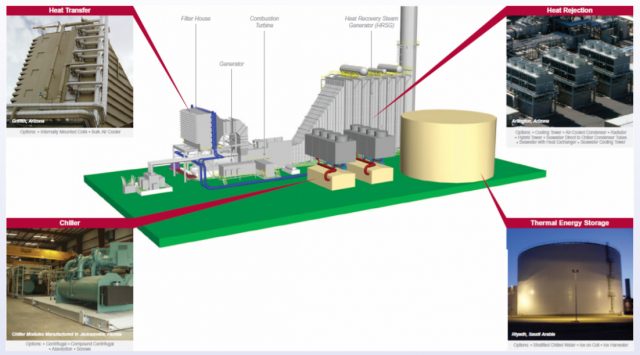 This article was originally featured on www.empoweringpumps.com